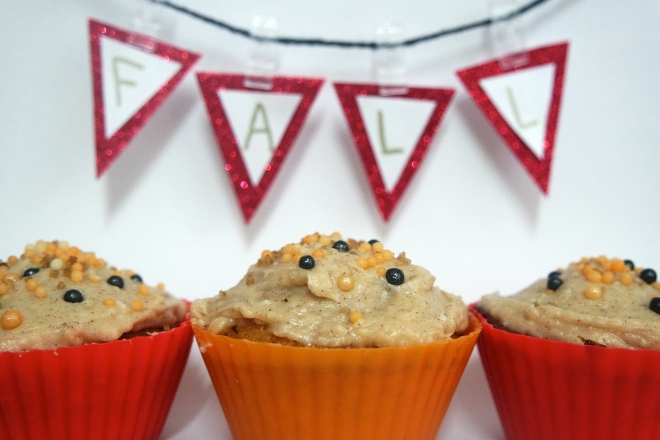 Everyone loves to cuddle up with a warm blanket and cup of hot chocolate by the fire on a chilly autumn night. Wouldn’t it be so much better with a yummy cupcake to nibble on?? 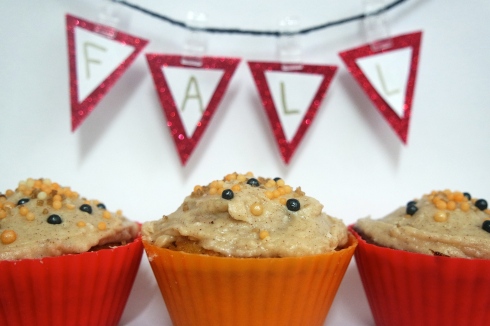 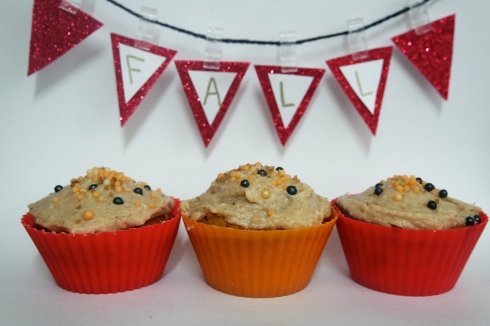 To make the cupcakes I started off by simply creaming together the butter and sugar. Once this is done, beat in the eggs and then add the nutmeg, allspice and baking powder. Then add the applesauce and flour. Lastly, add in the diced apple and mix thoroughly. Spoon the mixture into the cases and put in the oven for around 20-30 minutes. Whilst the cupcakes are cooking, start making the cinnamon buttercream. Mix together 1 cup of icing to one cup of butter. Once this is mixed through, add in the next cup of icing and do the same, then again with the last. Add in the milk and mix through until the mixture is creamier and then add the teaspoon of cinnamon. Leave the cupcakes to cool for 20 minutes before piping on any buttercream. I piped on a big splodge of butter cream to each cupcake of which I then used a knife to spread it out. I then sprinkled on some orange and black balls and some brown sugar for a crunch. 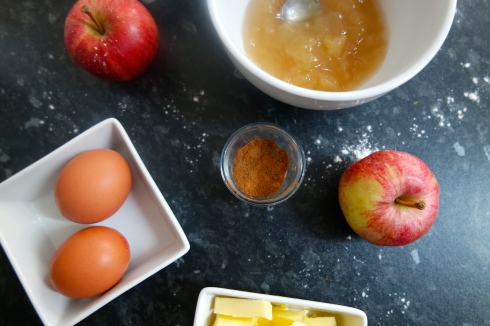 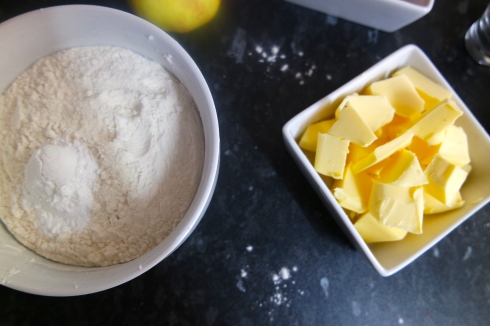 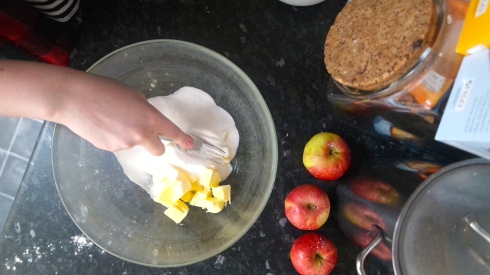 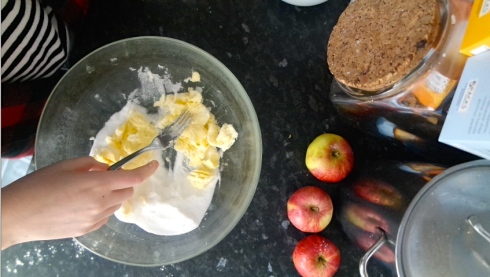 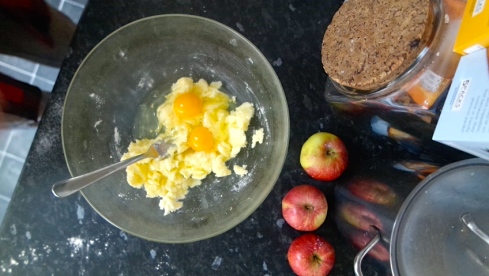 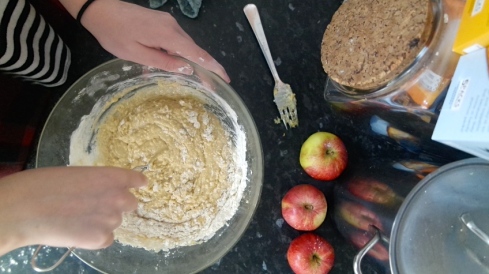 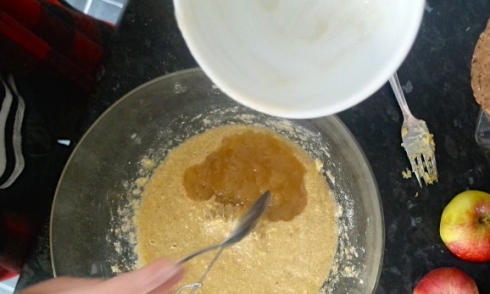 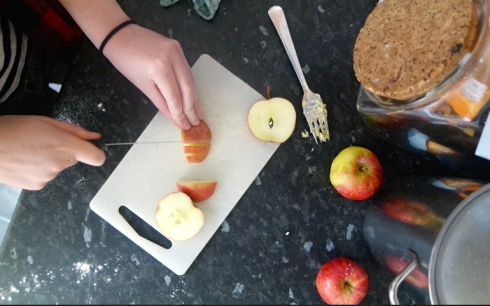 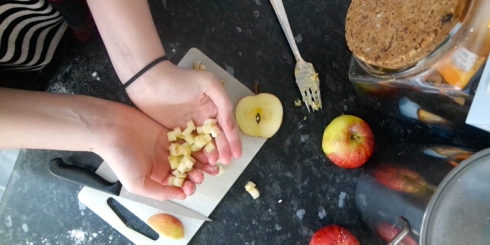 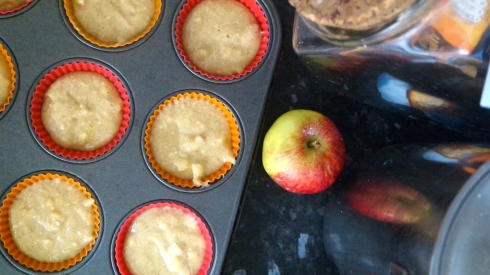 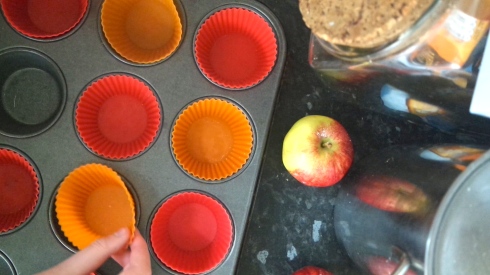 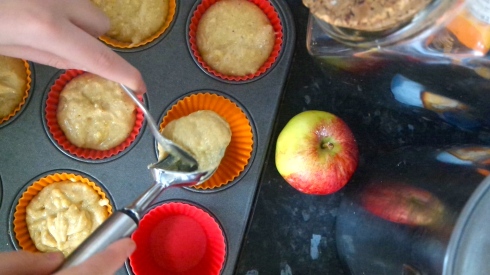 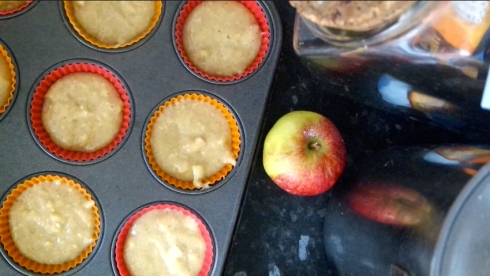 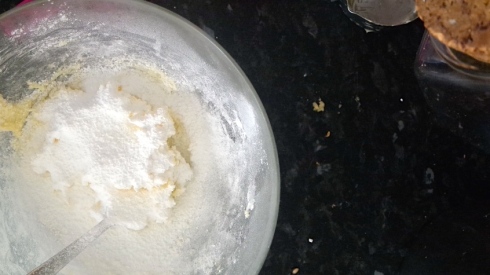 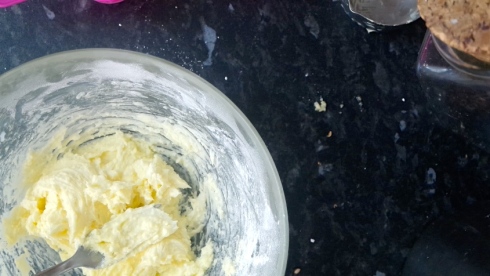 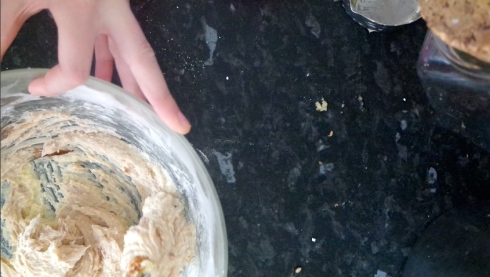 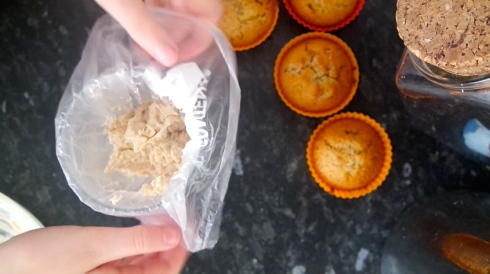 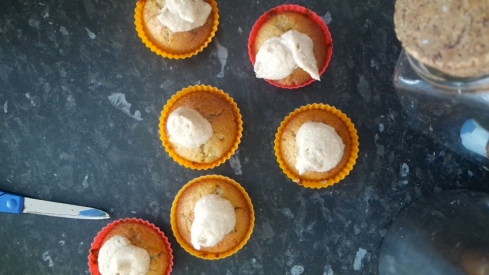 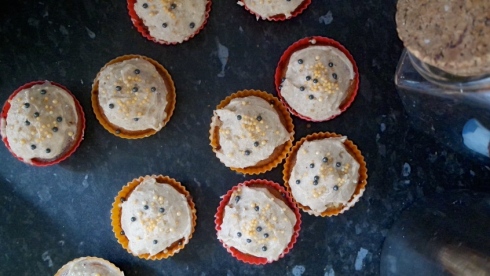 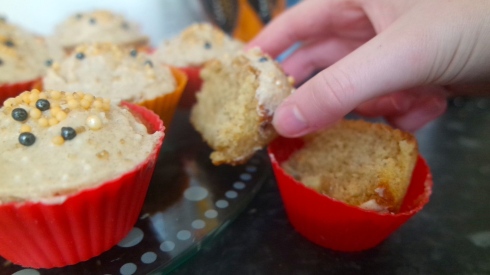 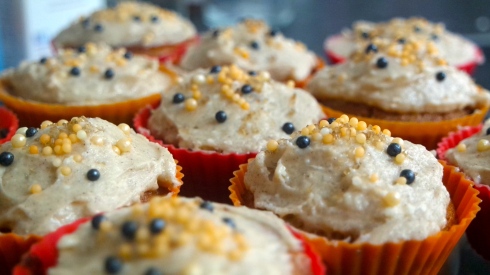